Fort kochi, a heritage quarter of Kochi city, is very different from rest of Kerala. Fort Kochi shows the charm of Portuguese era in its architecture and surroundings. The streets will reunite you with the ancient times of Kerala . The delightful cobblestoned lanes influenced by the long eventful history from the spice trade by the Egyptians, West Asians and beyond make it even interesting to walk around. If you are seeking a unique perspective of Keralas history, other than its backwaters, house boats and coconut trees, then head to Fort Kochi and discover the place from being an ancient port to the reign of Portuguese, Dutch and British Empires, A colonial confluence that will unravel pages of the town’s centuries old past.

The city still echoes the remnants of major historical events that started with Vasco De Gama’s arrival to India through Kerala in the end of 15th Century, his avenge in the massacre of the Portuguese explorer and later his death in Cochin. Kochi was born in 1341,when a flood created a natural safe port that swiftly replaced Muziris (Kodungallur,50km north) as the chief harbour on the Malabar coastline. (also read The lost and found city of Muziris) The royal family transferred here from Muziris in 1405, after which the city grew rapidly, attracting Christian, Arab and Jewish settlers from the Middle East. The history of the European involvement in Kochi from the early 1500s onwards is dominated by the aggression of, successively, the Portuguese, Dutch and British, competing to control the port and its lucrative spice trade. 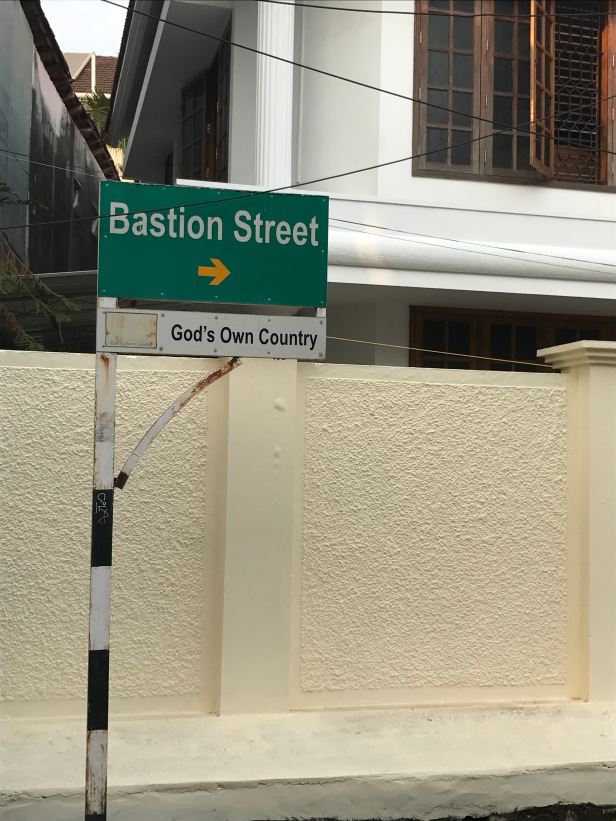 In Fort Kochi you will see the streets lined up with many buildings in Portuguese, Dutch and British architectural styles that once used to rule here. Kochi in Pre Colonial times was the fishing village of Kingdom of Cochin. When Portuguese arrived here and helped King of Cochin in battle with their enemy, the King granted Fort Cochin region for their settlement . The king also gave them permission to build a fort near the waterfront to protect their commercial interests. Fort Kochi name came up from the Fort Emmanuel built by Portuguese there. Later the first European Church in India, St Francis, was built in 1503. Vasco da Gama was buried in this church after he died in Cochin on his third visit to India. The fort was later destroyed by Dutch who invaded Portuguese from here . The Dutch held Fort Kochi in their possession for 112 years until 1795, when the British took control by defeating the Dutch. The vandalism of the Dutch and the British spared very few historical monuments in and around Fort Cochin. After Independence Kochi joined the Indian Union.

Kochi also has a rich Jewish legacy, which ambles on in the Mattancherry neighborhood adjacent to Fort Kochi. In the past, the region had a sizeable population of Jews. In 1567, the Jews built the Paradesi Synagogue on land granted to them by the Raja of Kochi.

Kochi’s most famous foreign influence, however, would have to be the Chinese Fishing Nets. These are cantilevered fishing nets that are lowered into the sea to trap fish, crabs,etc, and then raised to collect the catch. It is said that these were introduced to the Malabar coast by Chinese travelers who came from the court of Kublai Khan in the 13th century. 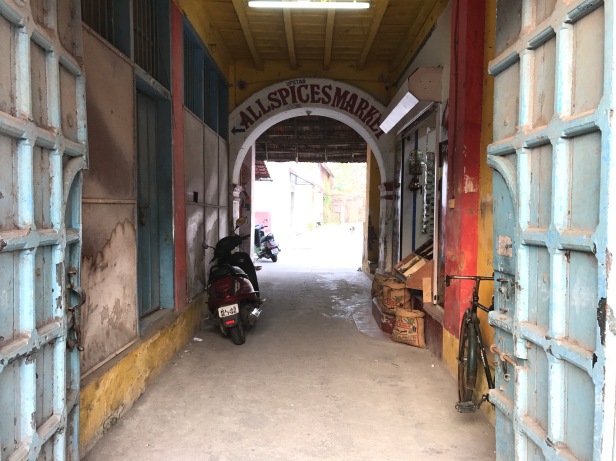 The Famous Spice Market where traders came from West Asia, Egypt and beyond

To discover the ancient city, Fort Kochi, there is no better option than walking for sightseeing. Strolling through the streets you can clearly visualize passing centuries. The historic homes, courthouse with a pale facade , houses in white creamy or grey tiled roofs with large compounds intertwined with large bread fruit and banana trees, hand operated cloth fans, colonial and colorful buildings will amaze your eyes. The vintage charm with narrow lanes, old shops, houses with large square windows, and a definite languid pace of life. 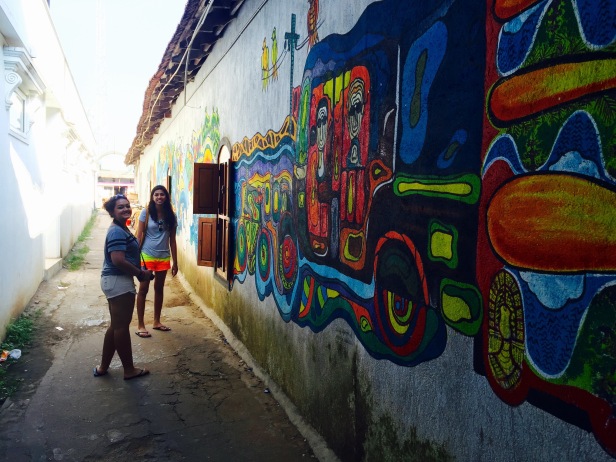 Have you witnessed the influence of heritage, history and modern times in one place?

5 thoughts on “The Fort Kochi”

Every time you leave home,
Having traveled and lived in many places over the years, I’ve made friends from around the world. I can go to many countries and stay with friends (locals) who are happy to show me around, friends who will take me for a traditional local meal to their house, an impromptu town BBQ event, or a festive celebration. It’s easy for me to get a taste of local life because I have many people willing to show it to me. It’s the same for anyone who has traveled you’re going to meet people from all around the world that you can visit
The first digital camera came into the market sometimes in the 1990s, and by 2010 most of us had made the switch from film to digital. Being able to take as many photos as you liked and instantly being able to see if they were any good has helped up our photography skills. Isn't it? I take almost as many photos in a week now as I did in my whole childhood on film camera 🙄
For me the most important aspect of a trip to a new place is to always merge into the surroundings. Get into the local life of the place you’re in, and take the chance to experience a few days of what the locals experience on a daily basis
Minimalist or Clutter
Do you know why the sky bursts into many colors during sunset?
Happy Birthday to my Little Angel @shrutisuri
No matter where you go, every single place in the world has the potential to change your life!
Follow she is not lost on WordPress.com